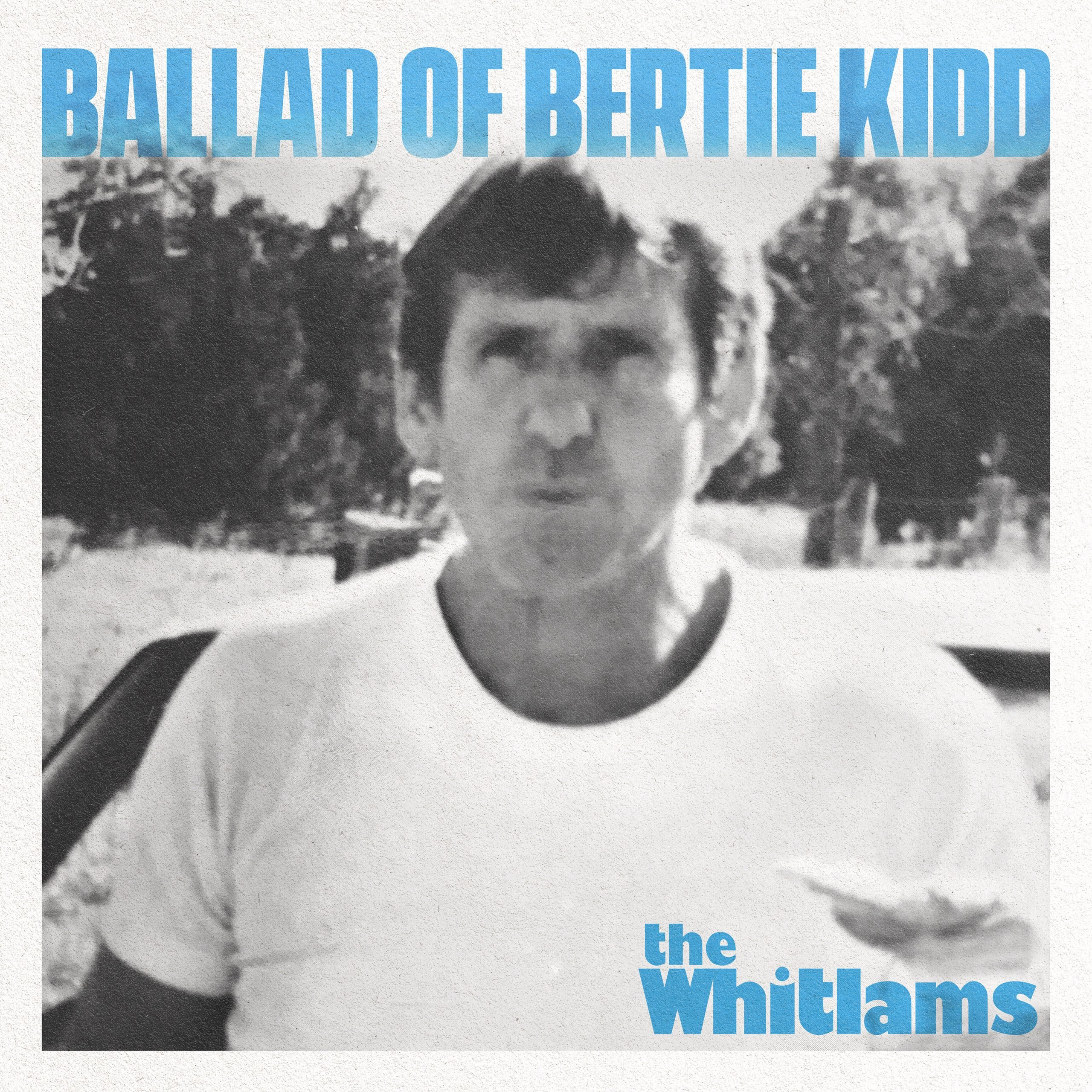 “Ballad of Bertie Kidd” is a six minute crime caper that immediately takes its place with the classics of The Whitlams’ repertoire, and is their first new song since 2006. As the track begins, Freedman is cornered by a Rabbitohs fan at the pub who relates a tale that only the patron saint of hapless criminals could have dreamt up.

His confidante reveals the tale of four blokes in 1988 who put their balaclavas on too early en route to an art gallery heist. Looking rather suspicious in their stolen Sigma, they are spotted by the cops, and thwarted in their ambition to possess a fine collection of Pro Hart and Ken Done masterpieces.

Reunited with producer Daniel Denholm (“Blow Up the Pokies”), the band has created a soundscape of dark alternative folk that provides the perfect backdrop for the hopeless gothic of the narrative. Just as the second chorus drops the observation, “Some men when they’re drinking / Mistake their thoughts for thinking”, eight comrades from Mullumbimby’s famous Russian choir “Dustyesky” enter the track to channel an Australian beer ad from the 80’s, and provide the perfect accompaniment for the downing of lukewarm cans of Reschs Pilsener in a car’s back seat.

The protagonist of the song is a young man roped into a crew of burglars as the “cockatoo” or “lookout” by the menacing personality of Bertie Kidd.

Bertram Douglas Kidd, known as Bertie, was born in London in 1933, and moved to Australia in 1947 aged 14. A safe blower, armed robber, burglar, horse doper and standover man, Kidd is regarded as criminal royalty due to the scope and audacity of his criminal exploits.

He first came to police attention shortly after the introduction of decimal currency when he financed the forgery of millions of dollars’ worth of $10 notes which circulated for years. Best known as a “tank man” or safe cracker, he led something of a charmed life from the 1960’s through to his jailing in the late 1990’s after a policeman was shot in the wrist during a factory robbery in Brisbane when Kidd was 64.

There was also a period in the early 1990’s when Kidd was implicated in two murders. In 1991, underworld figure Roy Thurgar was shot in the head while sitting in his car. The weapon was later identified as the sawn-off shotgun used by Kidd in a series of Sydney home invasions. In 1992, underworld figure and former boxer Des Lewis was shot dead outside his Bondi Junction home. The murder weapon was later identified as also belonging to Kidd.

Kidd was due for release in August 2015, but received considerable publicity when then Immigration Minister Peter Dutton wanted him deported back to his English birthplace the minute he stepped outside of jail. Kidd fought the deportation order and won. He was finally released in May 2018.

Versions of the balaclava story have long been passed around Australian pubs, and Freedman was gratified to hear that he had got it 80 to 90% correct. Freedman says he changed some details of the yarn to suit a song structure. For example it now appears that Bert explained the presence of balaclavas by saying “It’s cold” not to the judge at the trial, but to the police who had pulled over the stolen car. “We’re going fishing”, he is reputed to have said.

In 2019 the first volume of a three book biography “The Audacious Kidd” was published, written under the pseudonym Simon Griffin due to the sensitive nature of some of the material. It covers Kidd’s childhood and the start of his criminal career in the 1960’s. The second and third books, The Notorious Kidd and The Infamous Kidd, are planned for release later this year and next. The former chronicles the years when Kidd was sent to Pentridge, where he changed brutal H Division’s draconian disciplinary rules by challenging authority which until then had been set in stone.

Has Bert Kidd heard the song?

The author of the biography played it to Kidd down the phone in late September 2020. The only comment relayed back to songwriter Freedman was a question: “Where did he get this from?” The author had not been aware of the episode, possibly because in a life so crowded with successful heists, this was not one of Kidd’s prouder moments. He told the author after hearing the song, “No, it didn’t go down the way it was supposed to.”

Where is Bert Kidd now?

Bert Kidd is 87 and lives a life of reflection and repose near Launceston, Tasmania. He is looking forward to the release of volumes 2 and 3 of his biography, with those close to the project saying that they expect newspaper headlines when some of the material reaches the public domain.