The Whitlams Gaffage and Clink tour 2021 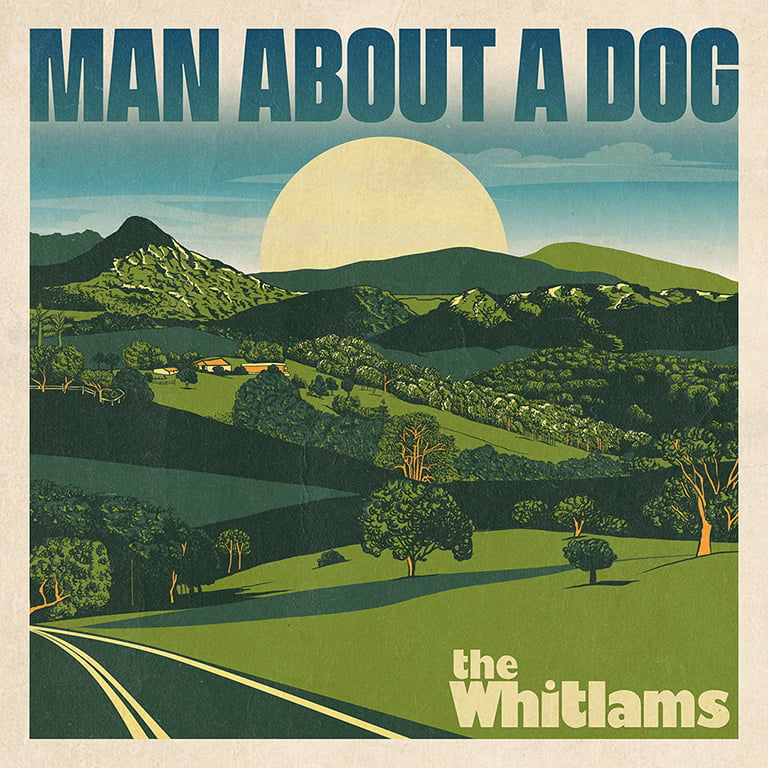 New Single “MAN ABOUT A DOG” Out Now.

The second single from The Whitlams’ forthcoming album is a delicious three minutes of pastoral pop called “Man About a Dog”.

The Whitlams’ catalogue is full of iconic urban tales, but their new song takes the boy out of the city and places him firmly in the country – driving through the hills to see a “Man About a Dog”.

As the drought breaks around him, “On the roof the heavy drops / …break the Silence of the Frogs”.  – our trusty protagonist listens to Neil Young and Arvo Pärt while outside the truck a farmer limps along the road to recapture his escaped prize cow.

Skipping dreamily over a propulsive drum track by Terepai Richmond, and with a fluid melody as viral as the best of their long career, this return to the band’s folk / pop origins is beautifully produced by Daniel Denholm who was responsible for the band’s commercial breakthrough “Blow Up the Pokies”.

Tim Freedman is launching the single with an extensive regional tour through May and June that takes him to the far-flung corners of the country, from Darwin and Alice Springs to Cairns and Tamworth. The Armidale and Gunnedah shows sold out in just days, and the demand has proved strong for Tim’s return to the country touring circuit on which the band cut its teeth decades ago.

The Whitlams then embark on a national tour “Gaffage and Clink 2021” in August and September with multiple shows in all capital cities already sold out.

I had to go into the hills to see a man about a dog
He said “Get here before the sun goes down”
So I get into the truck and turn a right at Friday Hut
I’ll come home around the town
The rain it slapped the land from sleep, it was green within a week
Two birds escort me in
The world turning on the flash of a wing

And when I get up to the shack first night I hear the Big Old Cat
Rumbling out at sea
Yeah “come on take the turn to land, not just a light show and a band
It’s the soaking we need”
The farmer dreams of cattle fed, tonight he’s working from his bed
On the roof the heavy drops
That’ll break the Silence of the Frogs

Old farmer limping down the lane, his medal-winner’s out again
And he waves at me
And through the wonder of it all, put on Neil Young at Massey Hall ’72 or 3
Yeah and it’s dark when I get home, and I feel something coming on
Blindfold, Arvo Pärt
I’m taking everyone on that drive I swear

I’m taking everyone on that drive I swear