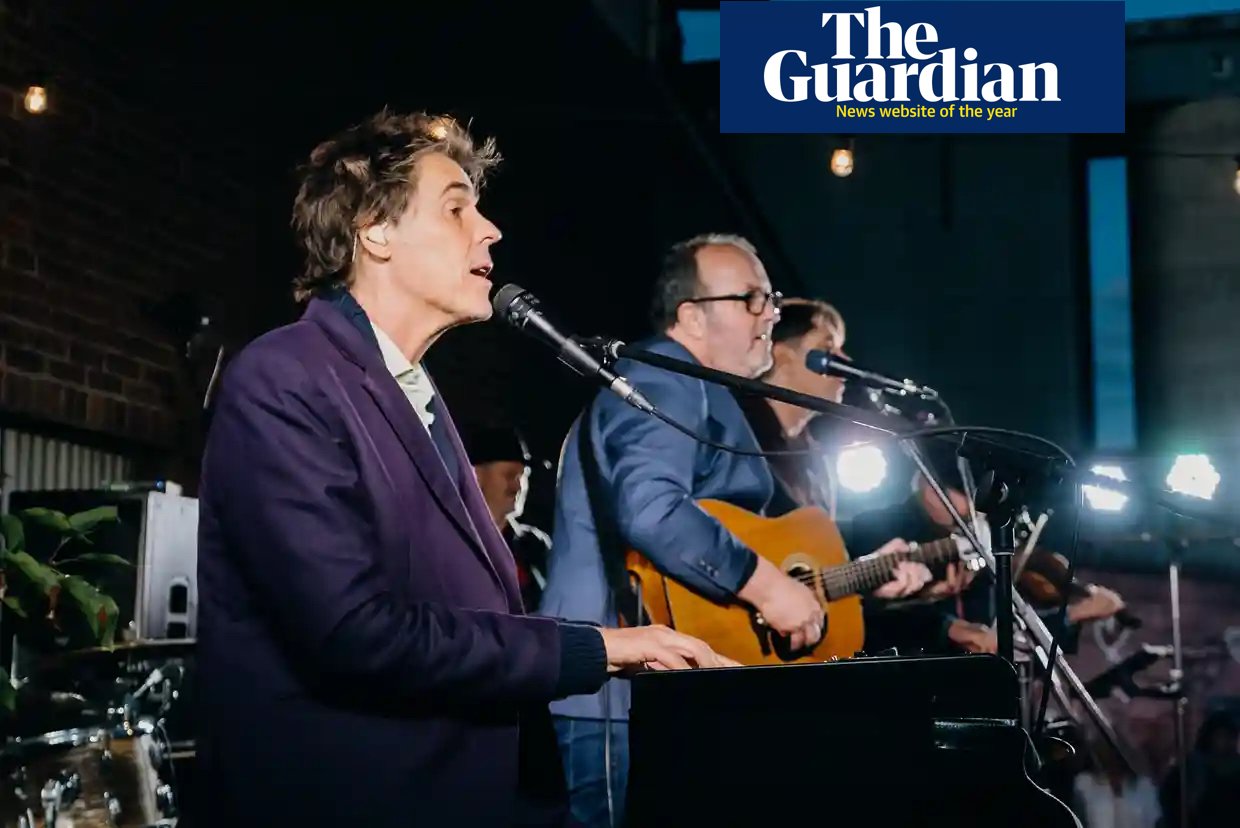 As the pandemic shut down Sydney venues, Tim Freedman headed inland and found his city songs were perfectly at home in the country

While doing a soundcheck before a beer garden gig in the back of the Victoria pub in Bathurst, the Whitlams’ Tim Freedman sits at an old Victor piano.

To prove the point he runs his fingers over the keys. It sounds like a cutlery drawer pushed off a cliff.

Freedman is touring the regions with the Whitlams, Black Stump Band, one of the more unexpected outcomes of the Covid pandemic.

The Whitlams – one of the definitive Sydney bands – has gone country.

Two days prior, at the Longyard hotel in Tamworth during the 50th annual Country music festival in April, the group launched their single The Day John Sattler Broke His Jaw, a song written by Freedman’s friend Perry Keyes, who he’s has called “an authentic voice from a disappearing world”.

With its themes of workers’ struggle and rugby league, the Redfern singer-songwriter has created a classic piece of Aussie narrative songwriting that transfers perfectly to country music.

A chorus that quotes NRL commentator Frank Hyde’s “if it’s high enough, if it’s long enough, if it’s straight between the posts” is tailor-made to be sung by schooner-wielding pub patrons across the land.

The twist is that the Black Stump version – with its “twangy” Telecaster guitar and bubbling banjo – is country music. It’s a surprising creative detour that started with an actual detour in the depths of Sydney Covid lockdowns.

With a lack of available music venues in Sydney during 2021, Freedman threw his electric piano in the back of the car and, like so many city slickers during the pandemic, headed inland.

“It was definitely due to circumstances of the lockdown – anyone who played in a band basically didn’t work for 18 months.”

The tour inland had him doing his “cabaret thing” in pubs and halls: “I just met all these amazing pianos in different country towns.

“I’m now on these country roads between Bathurst, Gunnedah, Tamworth, and the reception that I got from the audiences made me start thinking that I wanted to do it a lot more,” he says.

“To actually make some country music that would allow me to just travel the country in much wider circles than I had been getting used to.”

Somewhere on the Black Stump Way, between Gunnedah and Mudgee, Freedman was surprised to hear the Whitlams’ single Man About a Dog on country music radio.

The song was inspired by Freedman driving around a landscape turning green as the drought broke, something that clearly resonated with country listeners.

“I have a house in Broken Head,” he says, “and it was just at the end of the drought, about two months before the Covid lockdowns hit in January 2020. I was driving through the hills to visit a friend, and it was just bursting full of life because the rain had fallen very recently.”

When he got home, Freedman recalls feeling “innervated by nature… I thought I’d really love to write a song about driving through the hills,” he says.

“I didn’t expect to be played on the Kix Network, and Triple a Murri Country, a great Indigenous country station which is programmed out of Brisbane.”

“I played to this wonderful crowd in Mudgee, a winery on a Sunday afternoon with the dappled sun coming through the trees; and it was at a lovely old German piano – everything felt bucolic and authentic.”

“I played to this wonderful crowd in Mudgee, a winery on a Sunday afternoon with the dappled sun coming through the trees; and it was at a lovely old German piano – everything felt bucolic and authentic.”

When Freedman got back to Sydney after his rural tour, he called producer and bassist Matt Fell, and got together banjo, papoose and acoustic guitarist Rod McCormack, pedal steel guitarist Ollie Thorpe, and longtime Whitlams drummer Terepai Richmond to put together some country tracks.

The Whitlams, Black Stump Band was born, and Freedman describes their gig at Bathurst’s Victoria pub as “a lot of fun”.

“It’s one of those great establishments where some young people have taken over an old pub, cleaned it up, and gotten rid of the poker machines,” he says.

It’s a cause he’s still very much behind, and the group is set to do a country cover of Blow Up the Pokies for an upcoming Wesley Mission campaign.

Tom Plevey is a freelance writer based in Tamworth