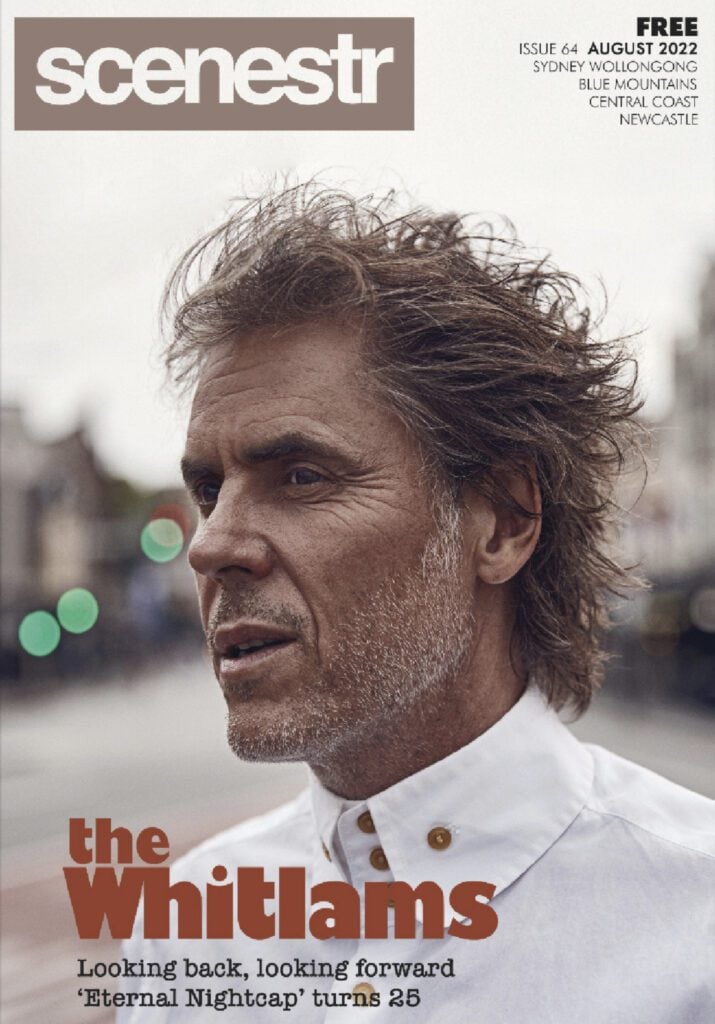 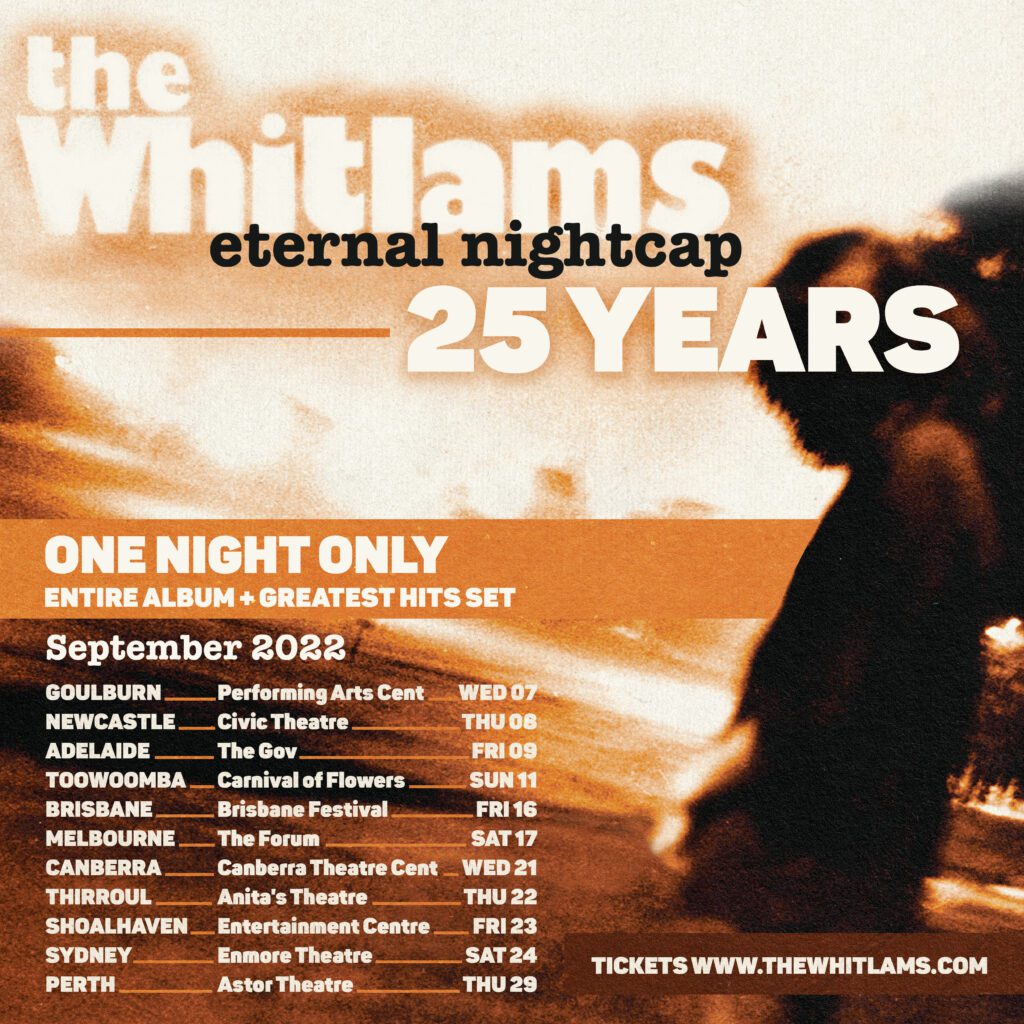 “While tragedy may have shaped the trajectory of The Whitlams, it goes without saying that the group were able to turn it into their strength, with Eternal Nightcap serving as a document of resilience, optimism, and stoicism.” Tyler Jenke – Rolling Stone, 2021 The Whitlams classic Eternal Nightcap turns 25 this September, and the band […] 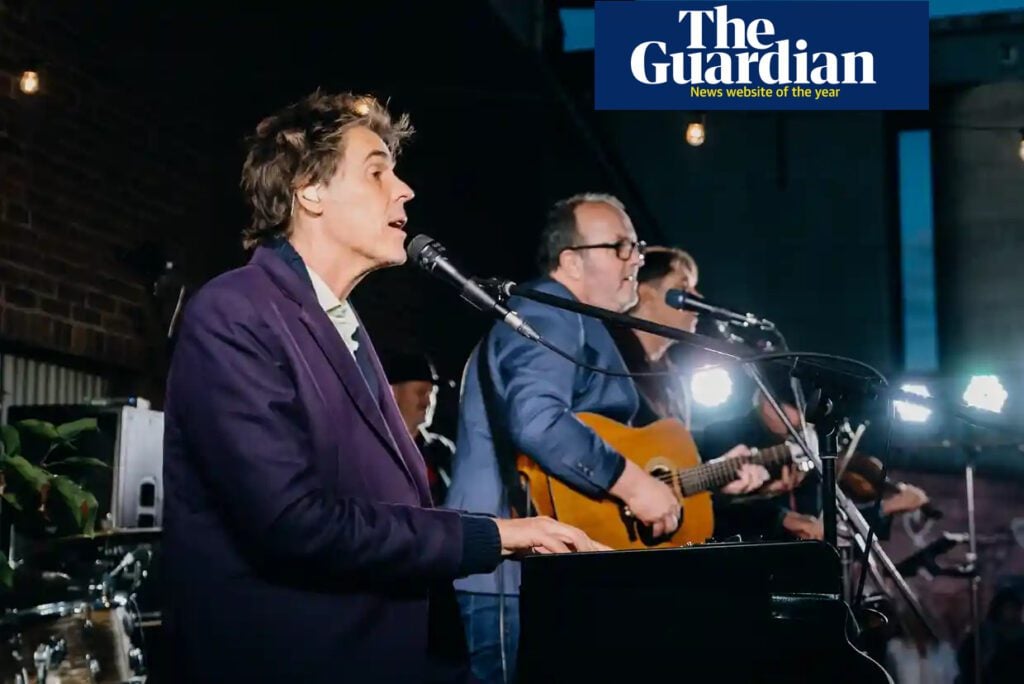 As the pandemic shut down Sydney venues, Tim Freedman headed inland and found his city songs were perfectly at home in the country While doing a soundcheck before a beer garden gig in the back of the Victoria pub in Bathurst, the Whitlams’ Tim Freedman sits at an old Victor piano. “I tell you what, […] 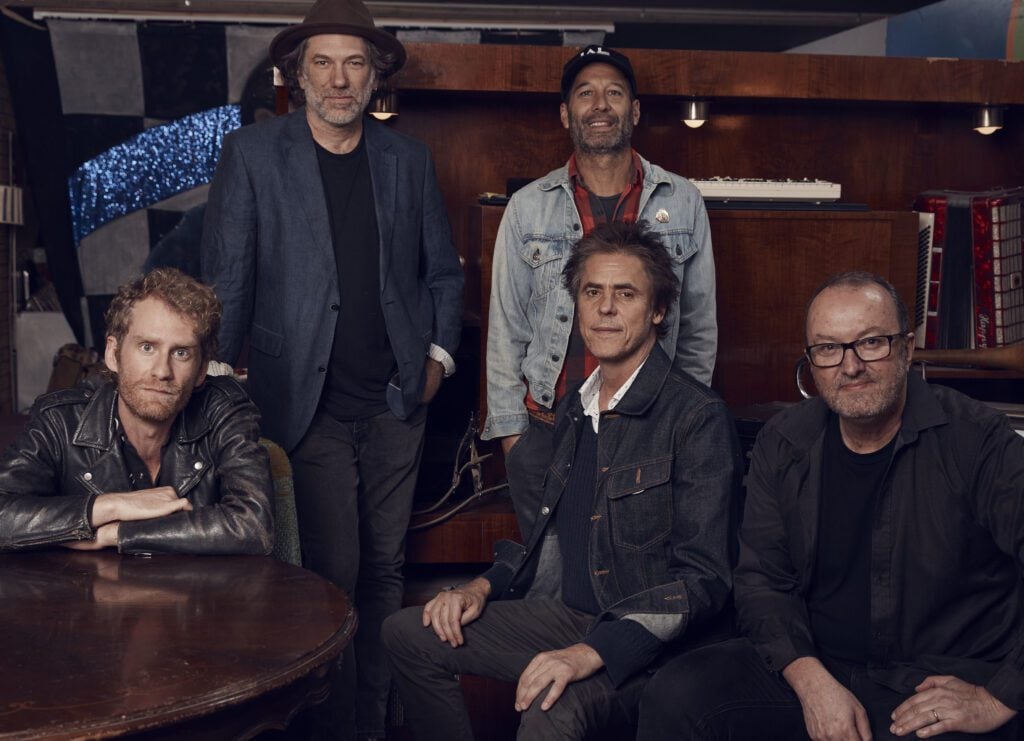 “‘The Day John Sattler Broke His Jaw’ is the best Australian song you’ve never heard. Until now. The Whitlams’ country version is a revelation.” – Jeff Jenkins, Rhythms Magazine In 2021, during the depths of Covid, Tim Freedman loaded his piano into the back of the car and headed out on a solo regional tour. While driving between Gunnedah and […] 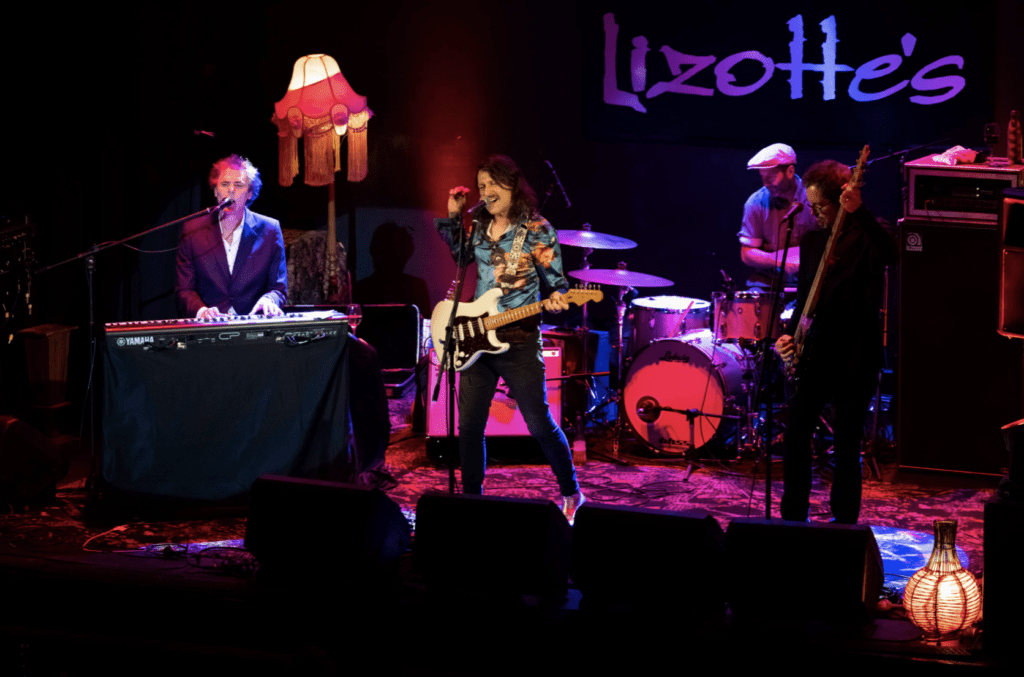 IF you had to choose an Australian songwriting man whose lyrics, across the decades, have poetically captured the essence of suburban life, who would you pick? Names like Paul Kelly, Tim Rogers and Darren Hanlon come to my mind. Archie Roach? Colin Hay? What about Tim Freedman? For reasons that will always remain mysterious, his […] 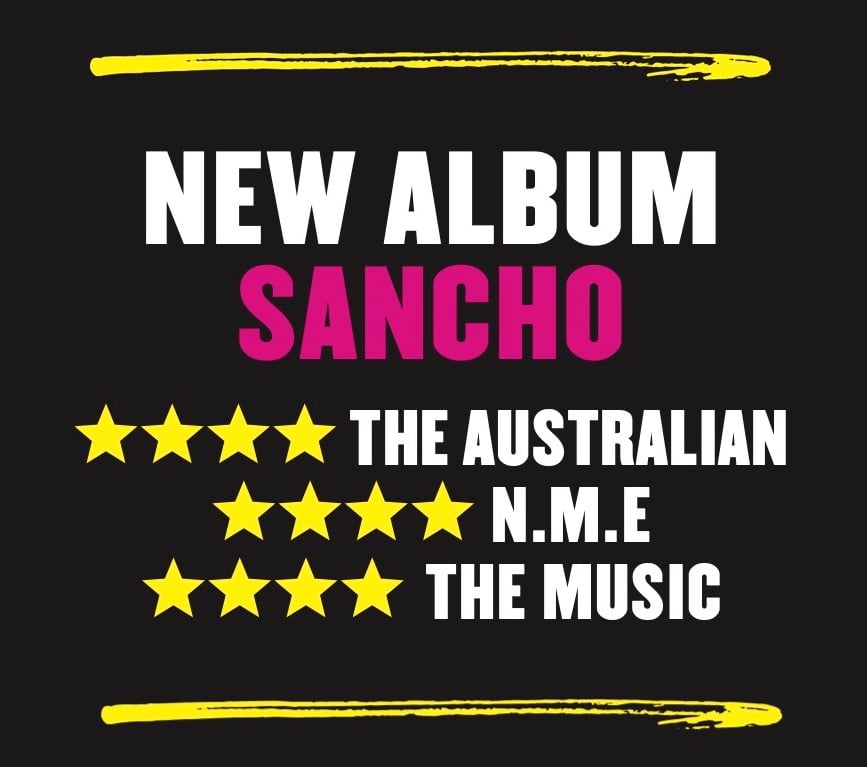 NME ★★★★ Sydney veterans celebrate life and mourn loss on comeback album David James Young Sixteen years on from their last album, the multi-platinum piano-pop band show they’ve lost none of their charm or grace The last time an acclaimed Australian act returned with new music after 16 years (a niche category if there ever […] 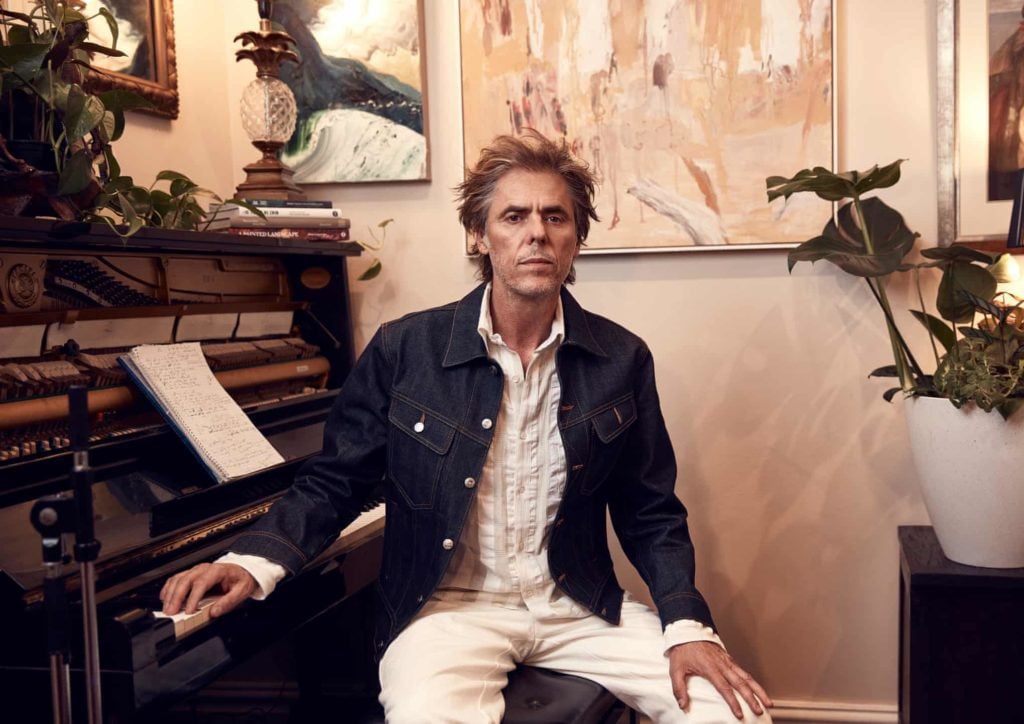 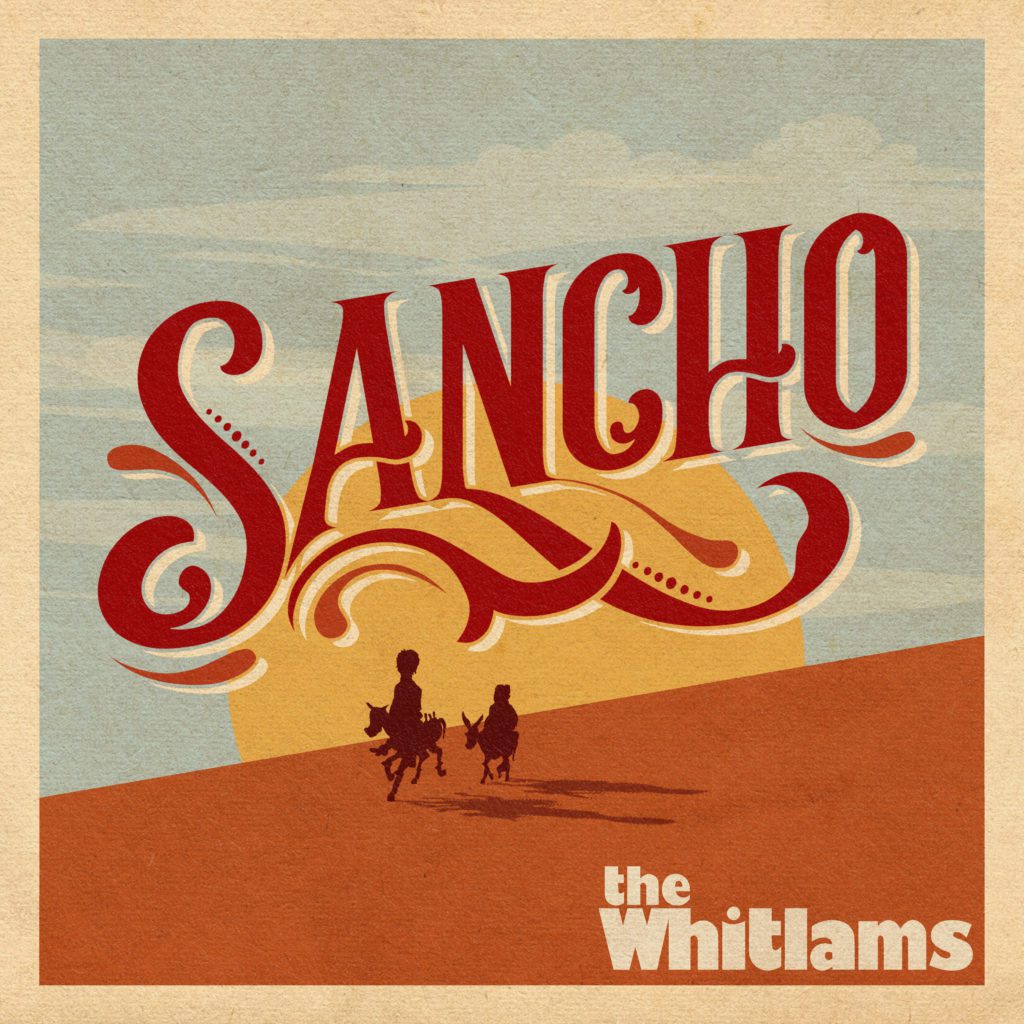 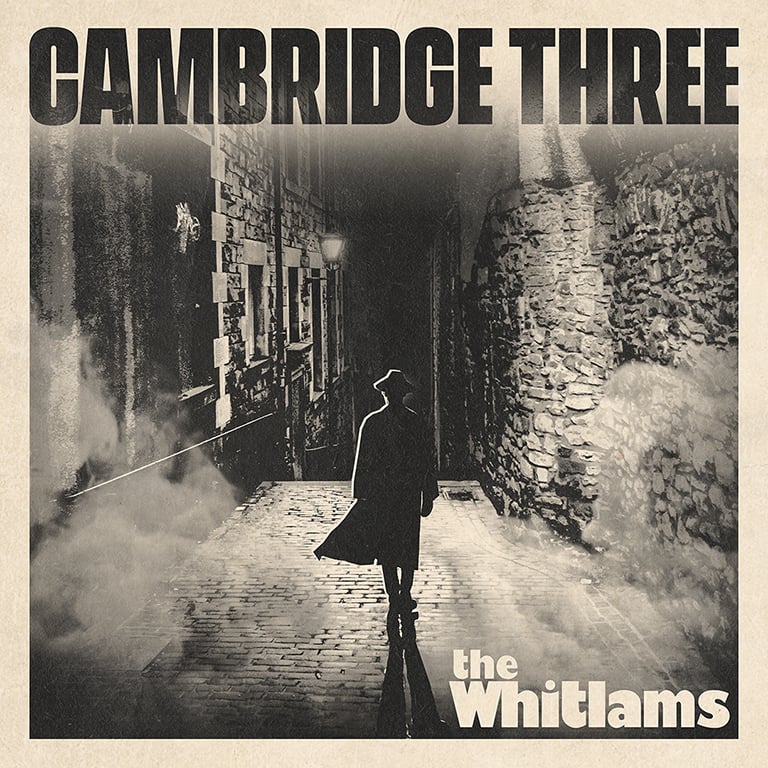 New single ‘Cambridge Three’ out Friday 10 Dec 2021. PRE-SAVE HERE Dates added to huge national “Gaffage and Clink Tour” Feb/Mar/Apr 2022 ‘Cambridge Three’, the new single from The Whitlams to be released on Friday December 10, is quirky Whitlams pop at its best, with synth and bent guitar winding through trademark piano to create an […] 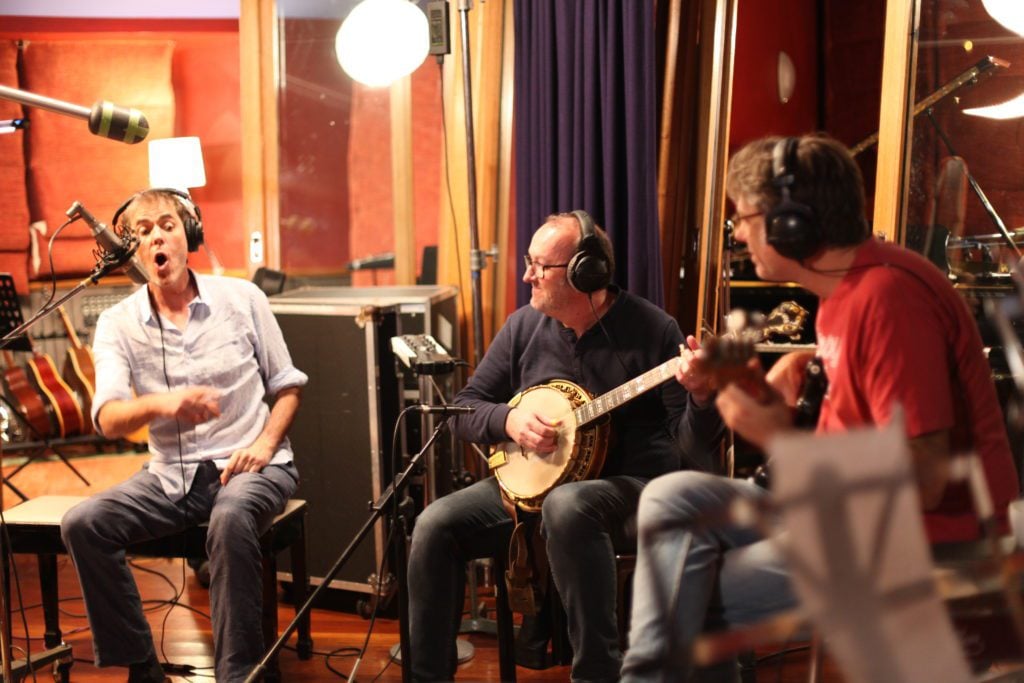 In March 2021 Tim Freedman set off on a solo regional tour to promote his band The Whitlams’ single ‘Man About a Dog’, a song about driving through the country after heavy rains have broken the drought. In the first week of the tour, he was immediately buoyed by the enthusiasm of rural audiences in Tamworth, […] 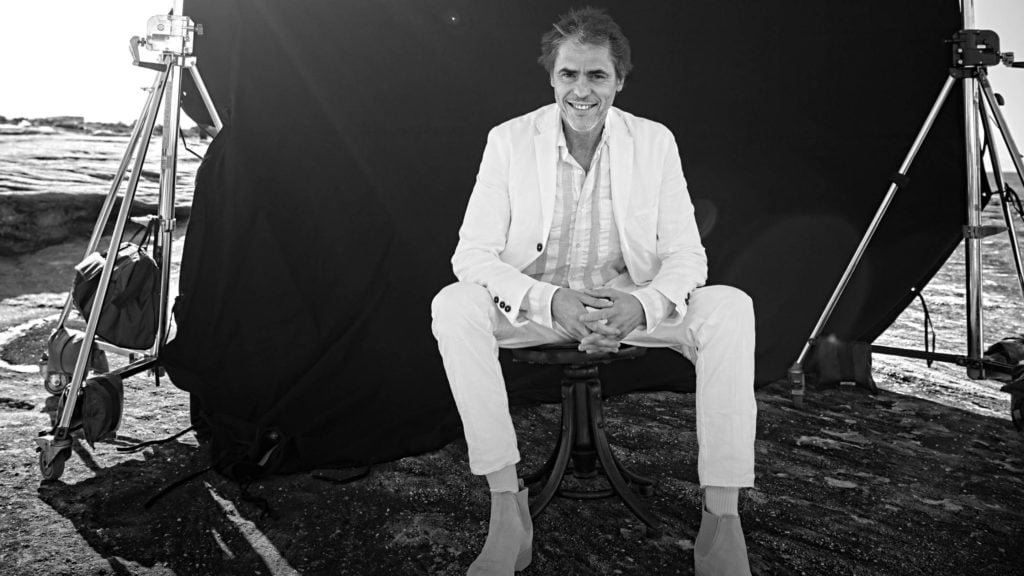 COVID-19 has ruined my plans to have a beer with Tim Freedman at his favourite Newtown pub. Fearing Queensland may shut its border, he has flown north early ahead of a gig. “I’m holed up in a hotel room in Cairns for five days waiting for one show, walking around the boardwalk like Dirk Bogarde […]